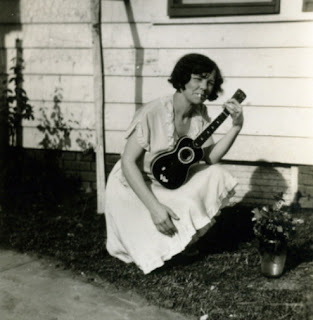 Do you have an interesting, old or unusual Ukulele?  Do you have an good story about how you found your Ukulele?  We'd love to hear about it. Please drop us a note at heritageukes@gmail.com  or you can send us a video of you describing your Uke, feel free to demonstrate it with a song! 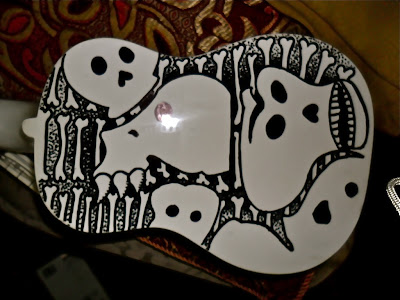 Here's one of mine, I'm working on. She's a (white) rainbow Mahala, that someone gave me because the bridge needs to be re-glued...I've drawn skulls and bones on the back with a   Sharpie marker


Karina from Vancouver BC hand paints her own Ukuleles!  Here's her Skullulele on Fbook page
She has even made one for Amanda Palmer.  Very nice indeed.
"I have a grand time creating and/or customizing ukuleles that people will love to play and show off.  What's with the skull+ukulele deal?  I grew up in Mexico, where candy skulls can be given to both the living and the dead as gifts during Día de Muertos". 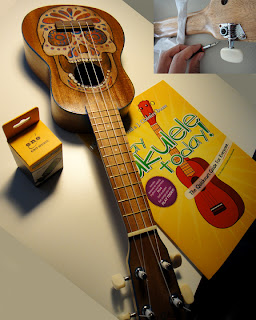 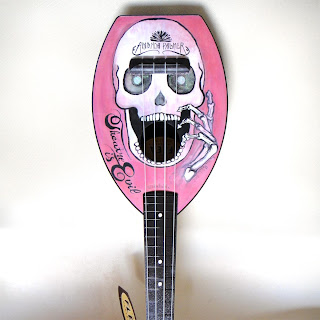 
Brian from Fretworks sent me a photo of his Tahitian hand-carved Uke, here's the background; I picked it up in Tahiti two years ago after seeing the boat crew playing these on a trip up to the Marquessa Islands where the instruments are made. It is decorated with Polynesian carvings and has eight strings — they have four, eight, and twelve string versions. I had never played a ukulele before, but it is so much fun that I haven't played my guitar since I got the uke. Check out some of the Cigar box and cookie tin Ukes at Fretworks http://www.fretwerx.com/ukuleles.htm
(The first picture is to give you an idea of the size) 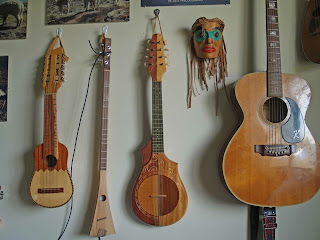